“I’ll be back in 10 minutes.  I’ve got to take a shower” is something you’ll probably never hear in a comedy club but something that was shouted by an audience member during our online Comedy Grad Show, someone who obviously forgot they weren’t muted. That was just one of the surprises during the show which was the culmination of the seven-week comedy course I’ve been taking. Since we’re in the middle of a pandemic this year, the Grad Show was held on Zoom.  It was challenging but we had a blast.  Doing our show on Zoom added a whole new dimension to the event.   A comedy show needs laughs and when doing the show online, you have to have everyone unmute themselves in order to hear the audience.  The problem is many audience members forget they’re unmuted so you also hear them talking about taking showers, ordering pizzas or clarifying what was said by the comedian for the other person watching who was obviously hard of hearing.  Then there are issues with buffering, frozen screens and, at times, sounding like you’re doing your set underwater. That said, it was a lot of fun and a new comedic form, in a way.  As my brother who was watching in Seattle said, “This is awesome.  It’s all the craziness of a typical Zoom call plus comedy.  It’s great!”.

Stand-up comedy is one of the most challenging speaking situations a person can undertake and few things strike more fear into the hearts of mortal individuals. As Edmund Kean, the celebrated Shakespearean actor said on his deathbed to someone concerned with his condition, “Dying’s easy.  Comedy’s difficult” and Eddy never tried doing a comedy show on Zoom.  The fact is, comedy can be exciting and a lot of fun.  If you want to improve at public speaking, you’ve got to push yourself and seek out every opportunity to get in front of a crowd and speak. The more challenging, the better, right?  That’s why I’ve taken the course not one but three times which I covered in a previous post, Comedy School 2020. 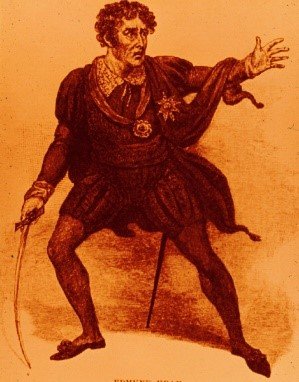 Comedy is a Skill That Can Be Learned

Going out and doing 6 minutes of stand-up without taking a class or at least reading a book on the subject isn’t recommended.  If you are one of the unfortunate souls who have endured an “Open Mic” night at a local bar watching people who decided to just “get up and wing it”, you know exactly what I’m talking about. The good news is that comedy is a skill that can be learned and practiced before you attempt a performance. Before I went on stage, I wanted to learn from someone who really knew how to do it. Enter Jonathan Solomon.  Jonathan started his career in New York and over the years, as a comedian, Jonathan appeared on over two dozen talk and variety programs including regular visits to the Late Show With David Letterman. Writing for television, he was on staff with the Emmy winning sitcom, Mad About You, and Michael Moore’s Emmy winning news and variety show, TV Nation. He now writes full time and conducts a stand-up comedy class at Santa Monica College.  If you would like to know more, click here and Jonathan will tell you all about it: https://tinyurl.com/SUFall Attendance is limited and, if you have questions, here’s his email address: Jonathan@AllAboutTheFunny.com

If you would like to become a better speaker, I would highly recommend taking a class like this even if you have no intention of becoming a fulltime comedian.  Jonathan’s course is a 3-hour class every week and now, since it’s online, you can take it wherever you’re located.  Jonathan is a comedian so he doesn’t lecture, he performs so it’s highly entertaining.  And, if your class is like the ones I’ve taken, you’ll meet a great group of people who would never have run into each other except for this crazy interest in doing stand-up.  The seven-week course usually culminates with a show at the Improv in Hollywood where everybody gets their 6 minutes on stage.  This year, since we’re in the middle of a pandemic, it was an online Zoom event. As a result, I think I learned a few things in addition to how to write a joke.

I know memorizing is a pain in the ass but there’s nothing like the feeling of knowing your material frontward, backward and sideways.  Once you know your material, it removes the fear that you’re going to forget a line or go blank.  Once you have it down, you can have fun, play with the lines and see what works best. And, if you know your material, you don’t have to read your jokes which, as we say, detracts from the moment.  They say that actor Michael Caine will go over his lines a thousand times before he goes on set because he wants to listen to the other actors in the scene and not think about what he is saying next.  As he once said, “Rehearsal is the work, performance is the relaxation.”

“Rehearsal is the work, performance is the relaxation.”

Some speakers or comedians like to wing it thinking that something magical will happen once they’re on stage. They think, all of a sudden, like magic, they’ll be another Jerry Seinfeld or Dave Chappelle.  I’ve found that won’t be the case.  The reason Jerry and Dave are successful is that they work at it and they know their material.  They just make it look easy, like they’re winging, it even though they’ve done the same jokes hundreds of times before.  Knowing your material is even more important when you’re doing comedy online because there will be distractions, lots of distractions.

Rarely will you give a speech, presentation or do a comedy set when conditions are perfect and yet, that’s the way most people practice.  I think you should do the opposite.  Practice with plenty of distractions.  Turn on the radio, the TV or play a podcast while you’re performing.  This will train you to concentrate and maintain your composure even when all hell breaks loose.  It will also train you to ignore what may throw you off unless you want to somehow incorporate the interruption into your act.  Sports teams go to great lengths to recreate actual game conditions when practicing including blasting crowd noise over loudspeakers.  They recreate the conditions that will be present in the real game so they can prepare in that environment.  If you spend a lot of time attending online, Zoom meetings as I do, you know all of the crazy things that can happen.   I knew things would be pretty chaotic the night of the Grad Show so that’s the way I practiced, with lots of distractions. 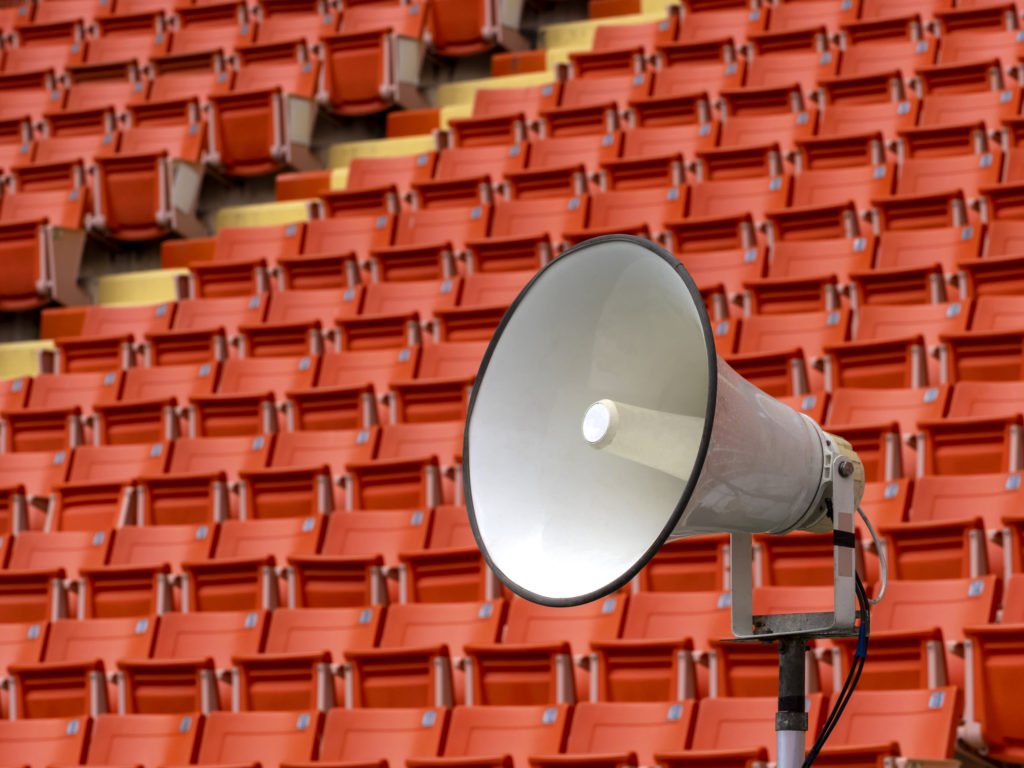 Whether you’re speaking in front of a group or on camera, speak to one person and let everyone else eavesdrop.  I can’t remember where I heard that but it’s great advice.  People only listen one at a time.  An audience is a group of people listening individually so you should speak to them individually at the same time.  I know that sounds crazy but here’s how it’s done.  Pick one person and speak directly to them, have a conversation with them and let everyone else listen in.  This is how you really connect because even though you’re speaking to that one person you have in mind, it creates the illusion for the rest of the audience that you’re speaking directly to them.  This is even more important when you’re on camera.  If you act like you’re addressing a huge audience, you come off sounding a little unhinged like Don Jr.’s girlfriend at the Republican convention.  Not all Republicans speak this way.  Ronald Reagan was the master of the one to one approach.  When he was speaking to an entire nation, he looked into the camera, spoke to only one person and it was like he was speaking directly to you, individually.  That’s why they called him the Great Communicator.

So after all this advice, how did I actually do when I went full screen in front of over 100 people attending the online show.  Check out the video and let me know what you think in the comments below.