by Steve Evans | Blog, The Gym

There is nothing quite like a living, breathing, live audience.  It’s a little difficult, however, to assemble a group of people in your living room, office or bedroom any time you want to practice some material. Some people will talk to a mirror or speak to an empty room but that doesn’t come as close as possible to recreating a real speaking situation.

In their book Practice Perfect: 42 Rules for Getting Better at Getting Better, the authors talk about the importance of creating a practice environment that is as close as possible to the real thing.  They use the example of the successful US Special Forces raid in 2011 which resulted in the death of Osama bin Laden.  In preparing for the raid, the SEAL team practiced the operation over and over again using a replica of bin Laden’s compound so all problems were anticipated and all moves became automatic.  As we know, it paid off.

Athletic coaches go to great lengths to create a game-like atmosphere for their team’s practice sessions including piping in recorded crowd noise which will be a factor when they play the real game.

When practicing an important speech or presentation, it would be great if you could do so in front of an audience beforehand that could give you feedback such as a Toastmaster club. If a live audience isn’t available, however, there’s always a “Virtual Audience”. 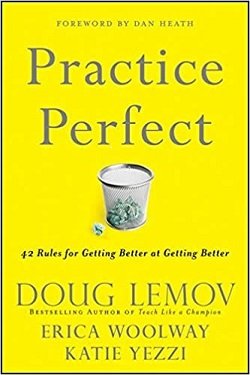 A Virtual Audience is a bunch of pictures you hang on the wall to provide an opportunity to speak to something that looks like an actual audience.  It gives you practice in looking directly into both eyes of an audience member, making a point, moving to the next audience member trying to connect with everyone in the room, or hanging on the wall in this case.  To find pictures of anonymous people simply go to Google Images and search for “headshots” or “portraits”.  You’ll find hundreds of people you don’t know just dying to be printed out and ready to take a seat in your virtual audience. Here’s a look at my “office audience”.

Headshots or portraits typically feature the subject looking into the camera which is what you want.  Unless, you want to practice speaking to a distracted, daydreaming audience looking everywhere but at you.  Also, keep in mind that your roommate or significant other is going to find hanging up pictures of people you don’t know pretty strange and when you start talking to them even stranger.  It’s no different than practicing your putting on the living room carpet but you’ll need to take the time to explain to whomever that you need these paper participants to practice eye contact, stage movement, etc. and just hope they understand.